When I read about Goldfield, I was a bit disappointed to learn that it wasn’t the remnants of an actual town, but created as a tourist site.  There really was a Goldfield Arizona, but it wasn’t on this site exactly and the man who created it loved the history so much he wanted people to be able to relive it.   In actuality it was quite interesting none the less, but not as “ghosty” as Rhyolite, NV.  They’ve recreated a saloon, train station, livery stable, bordello, bakery and various other buildings.  There’s even a reptile display, but for $3 it wasn’t that great – just some snakes and spiders in small aquariums.   You can take a train ride, pan for gold, tour the bordello, or go down underground into the mock goldmine.  Each of those will cost anywhere from $3-7 so you can spend a few dollars here if you do it all.  We chose the cheap route and just walked around and caught the free gun fights a couple times.  Costumed volunteers stage the fights between noon and 4pm, on the hour or so. 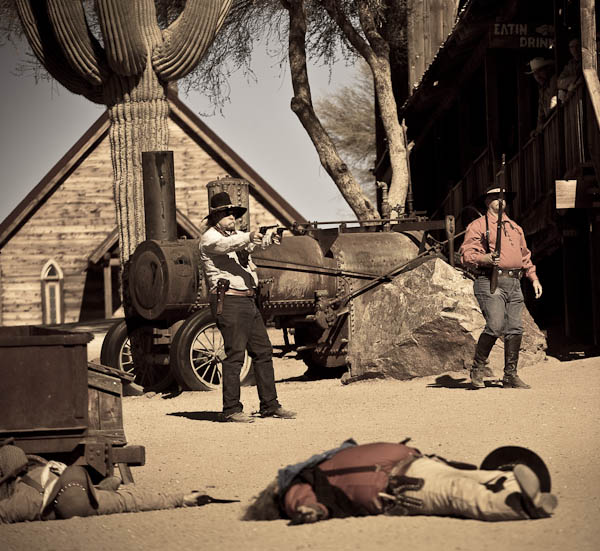 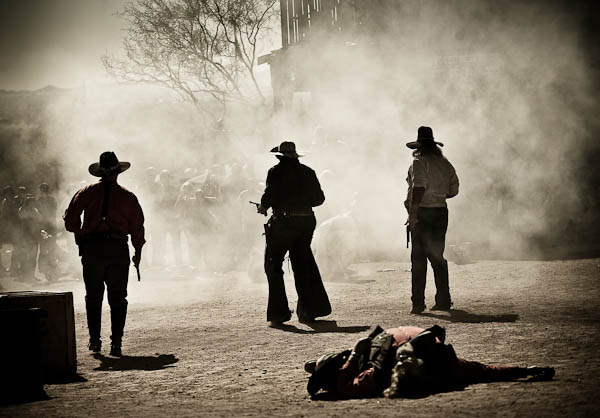 After the gunfight, we spent our time exploring the rest of the town and interacting with the people. 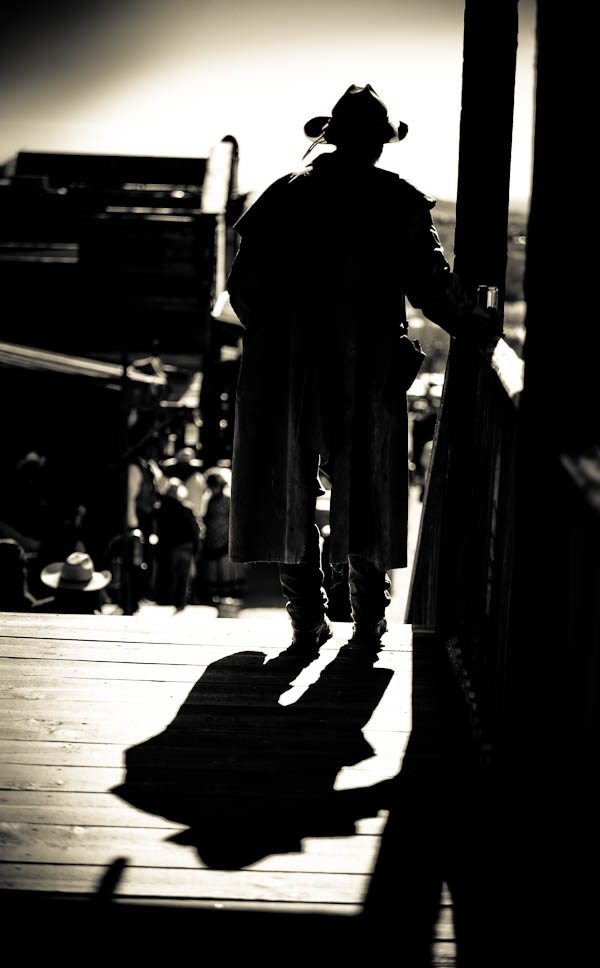 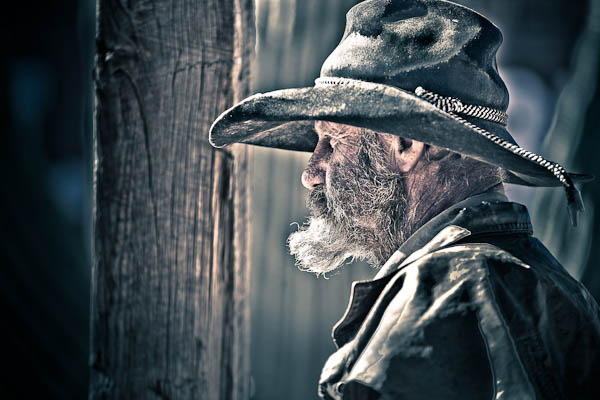 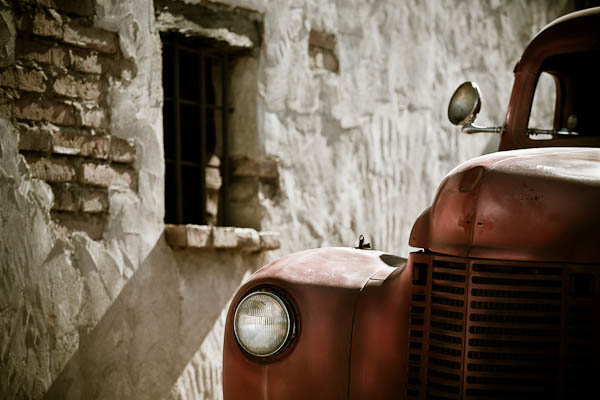 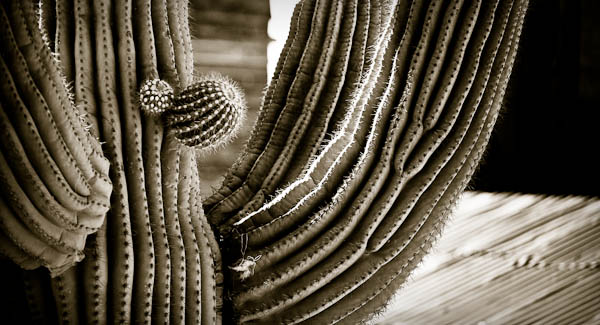 Towards the end of the town there’s a tent town and we weren’t sure we were supposed to go in, but upon asking were told it was welcomed.

Tintypes and an 8×10 View Camera

I found THE most interesting photo session in progress.  One of the gunfighters was having his portrait taken by Kid Kollodian (aka John Sage), the local photographer who was also in period costume.  He was using what appeared to be a home made 8×10 view camera, and get this – making his own tintypes!   For those of you that don’t know what that is, it’s a process that was used at the time by coating the light sensitive material onto a piece of tin (instead of film which wasn’t created yet) all done in the dark.  Then taking the portrait, processing the tin “film” in a darkroom in a tent, and after it’s dry putting a coat of gloss varnish on it.   The results were quite stunning and very much like the original tintypes of that era.

I was quite fascinated by the process and watching him create these masterpieces, so we stayed and watched for a while.  I even got to look through the lens of the camera, under the dark hood.  Took me back to my early NAIT days of using a 4×5 camera, and when I did commercial photography like food and advertising work in the studio. 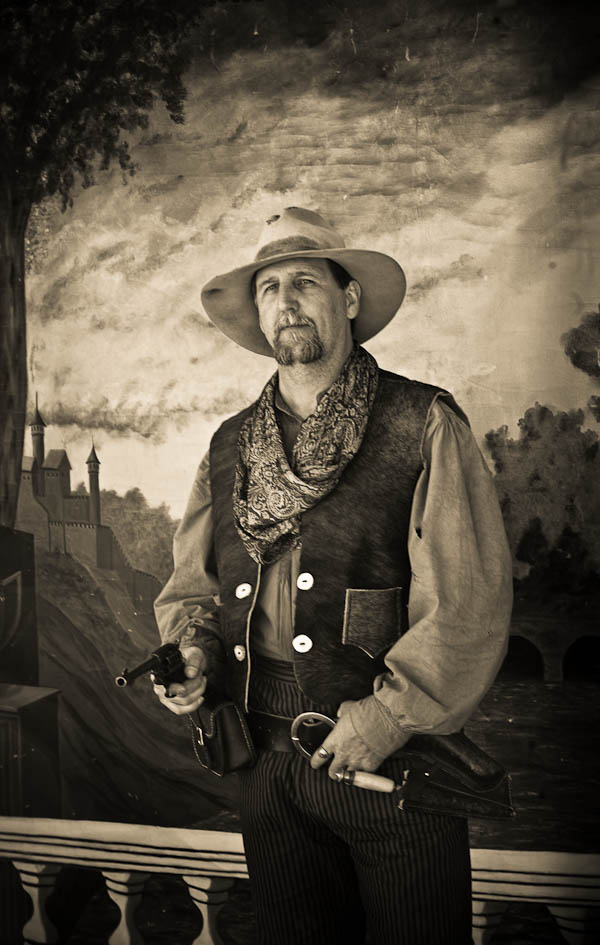 Leaving the town I spotted a road runner across the road.  This is the best shot I could get of him – they’re very good at hiding.  And no, he did not go “beep beep!”  This is the fourth of this elusive bird we’ve seen so far this year. 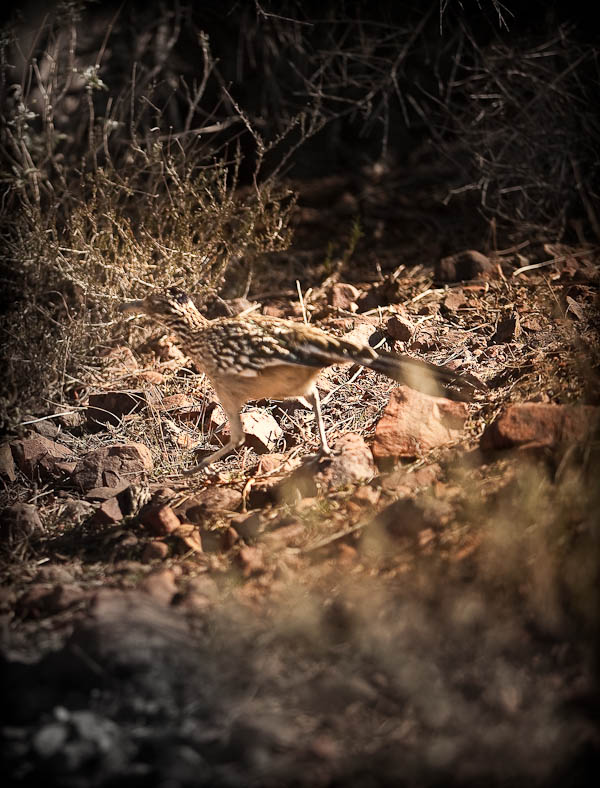 Rob was hungry and anxious to try the chili at our next stop, so we left Goldfield and headed for Tortilla Flat.