After a quick stop in Beatty for gas (we crossed the CA/NV border 4 tines today), we were on the way again, this time to the sand dunes.

14 square miles of velvet soft sand – just smack in the middle of the valley.   It was stunning to see the dunes on the horizon and as we drew closer they become even more ominous.

At this point because we had stayed longer than anticipated at the ghost town, we were chasing the light, and the sun was setting fast.  So no sooner than Rob had stopped the car, Dar took off at a run, camera in hand.  Rob brought up the rear, with extra lens and tripod – he makes an awesome assistant!

Dar didn’t really get “the” shot she was looking for, as we really needed to arrive there about 30-45 minutes earlier and get out to the dunes further off in the distance, ones without so many human footprints on them.  It is what it is though, and she still thinks she got some good shots, including some of us together on the dunes in the setting sun.  Yay for self timers and tripods. 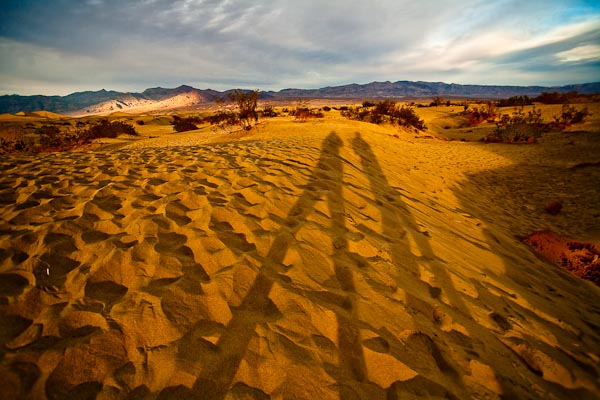 The obligatory shadow self portrait.  In this shot, Dar and Rob are the same height! 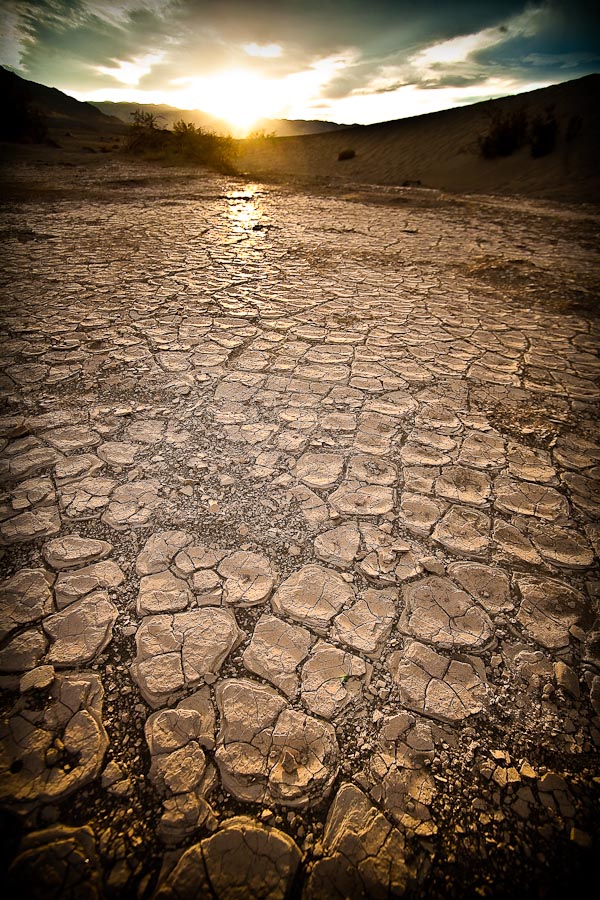 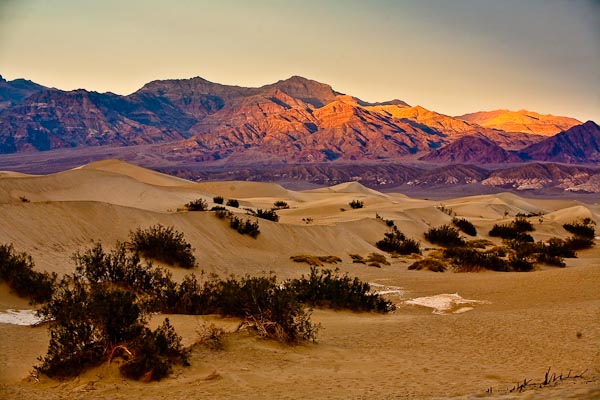 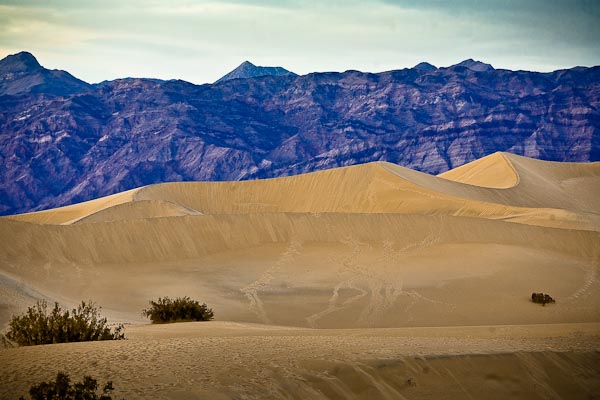 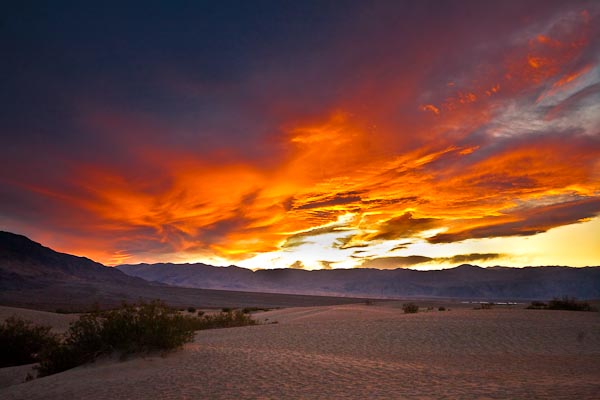 You can’t tell by the photos, but the sand dunes were filled with people. They were everywhere. It was quite tricky to get a shot without someone in it. Rob is convinced that at least one of these photos has had multiple people edited out of them, but I’ve assured him that they’ve not. He’s right though, there were people literally everywhere in the sand dunes.

A stop in at Stovepipe Wells told us there isn’t much there besides a hotel, gift shop, saloon and restaurant.  The restaurant didn’t open for another 30 minutes, so we had one drink in the saloon then moved over to eat.   The lady bartender told us there is about 50-60 people that live there, some full time, some leave in low season.  Not much to do here if you aren’t working – I can’t imagine living there.

Dar took the driving duties back to Pahrump this time (in the 90 minute drive we only saw 22 other cars between Death Valley and Pahrump) and after stopping at Walmart yet again (we need a membership there apparently) to find they have NO mens swim trunks this time of year – we were back “home” by about 8:15pm and off to the showers and hot tub for some R&R after a long day.

***Things we saw:  tumbleweeds actually tumbling this time, volcanic rock, rabbits, a house made of bottles (in Rhyolite)

This was the final page of a 5 part series on Death Valley. Click here to read our Death Valley trip from the beginning, starting with the Amargosa Opera House