At its peak, Rhyolite had over 10,000 inhabitants and by 1920 it had shriveled to less than 20.  Today it seems that there are two houses that are lived in, the rest is blown over, collapsed, and in a general state of decay.

There was no lack of interesting photographic subjects in this ghost town – and it being a first for both of us – we spent over an hour exploring and photographing it. 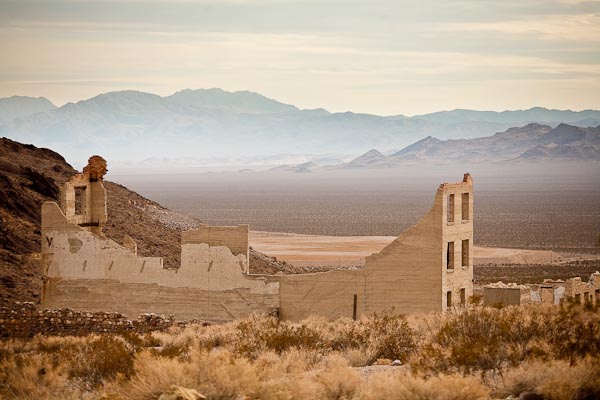 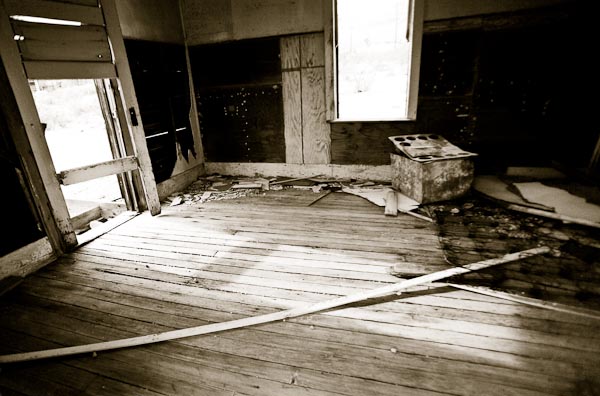 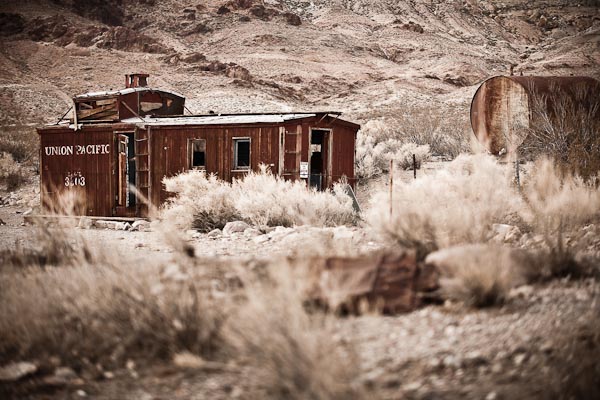 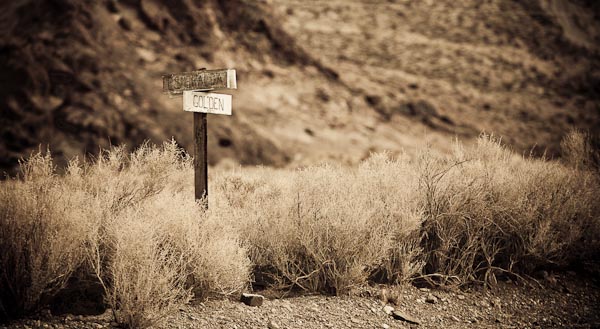 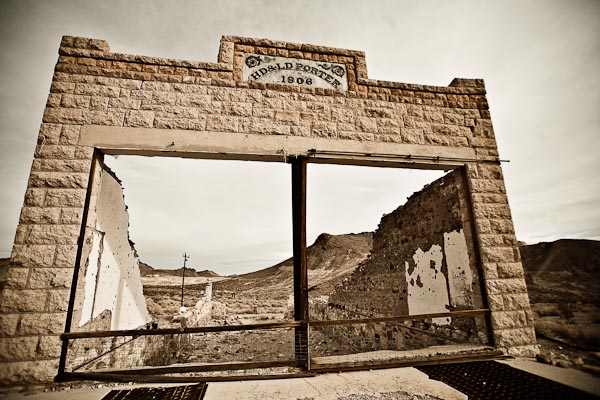 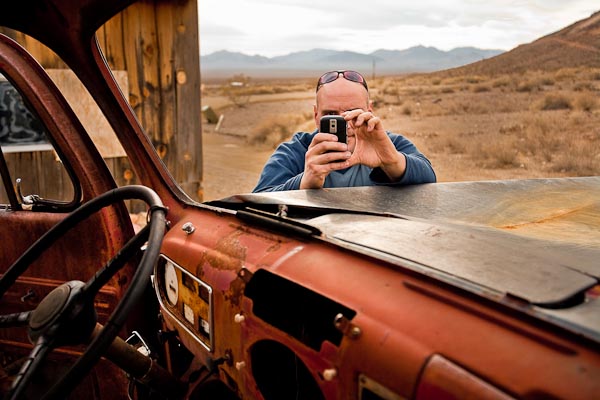 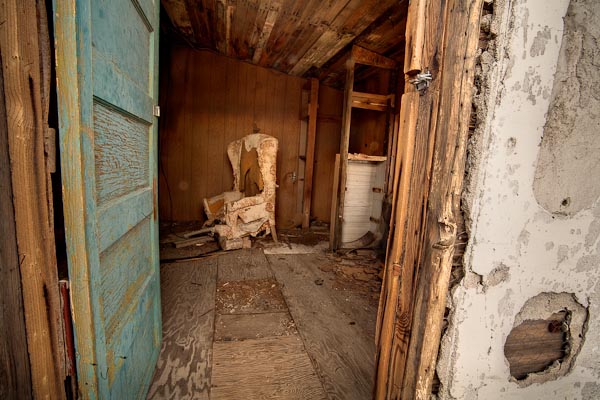 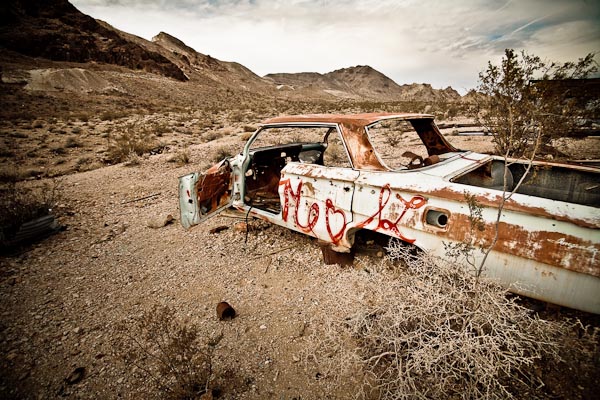 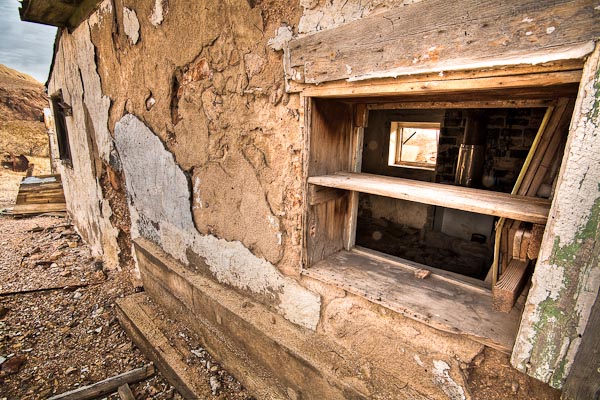 We spent about 2 hours in Rhyolite, photographing and just walking around and exploring.  Garbage dumps consisting of ancient tin cans littered the area.  We made our way into a few buildings, but most were fenced off for safety reasons.  We were  however, able to get into the abandoned bank vault in one of the main banks of the ghost town.

Our next stop was the Death Valley Sand Dunes