Off on the road again,  towards Zabriskie Point.  The road itself  was interesting to say the least.  It had stretches that were so straight you could see for miles and miles, then others that climbed into the hills and around bends so tight you had to slow down.  Next stop was Zabriskie Point, followed by the Death Valley Borax works, then the Furnace Creek Visitor center.  We paid our $20 park fee (good for a week) and had to go get the sticker for our car window. 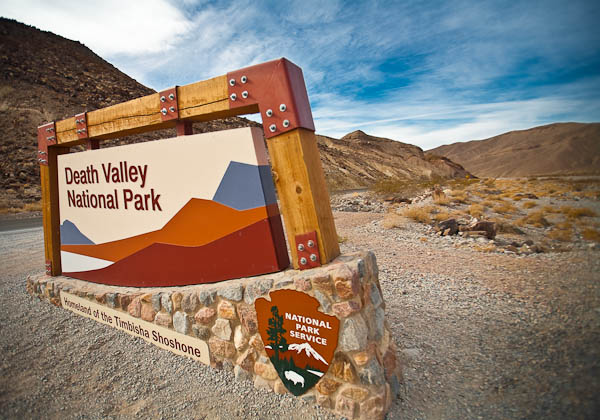 Turns out that one of the park rangers is a photographer, and Dar got some tips from him on where to go and what time of day.

It was decided to go to the furthest point of interest and work our way back to the sand dunes by sunset.

The location was named after Christian Brevoort Zabriskie, vice-president and general manager of the Pacific Coast Borax Company in the early 20th century. The company’s famous, iconic twenty-mule teams were used to transport borax from its mining operations in Death Valley.  We were to see those mining operations on our next stop.  The unusual landscape is created from sediments of Furnace Creek Lake which dried up over 5 million years ago.  Through the natural process of things, parts of the lake got pushed up here and there forming the quite interesting views. 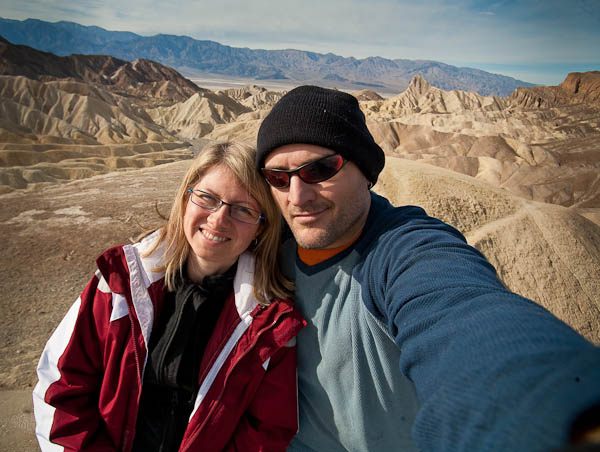 Rob’s standard self portrait photo here at Zabriskie Point.  He usually uses a small hand held camera, but it’s a little trickier holding onto my Canon 5D with one hand AND pressing the shutter button.  He manages somehow. 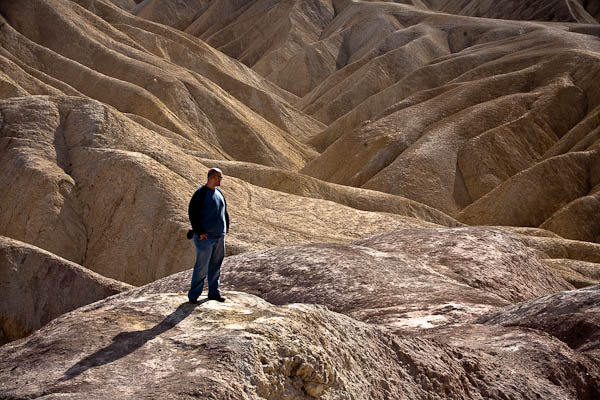 After Zabriskie Point, our next stop was just down the road to see the Harmony Borax Works