After spending three days in Tombstone, and visiting Bisbee, we pulled out of our Tombstone rv park and began our two day journey towards San Antonio, Texas. We’d be driving clear through New Mexico without stopping to see the sights. Darlene had registered for an HDR Photography course with Ben Willmore that was taking place in downtown San Antonio, so we had a deadline to meet. It was to be a long day behind the wheel with 9 hours of driving putting us 424 miles further east and south into Van Horn, Texas.

Thinking about a banner photograph for the top of the blog, I wanted to get some pictures of the motorhome on Freemont street in front of the OK Corral. We were leaving Tombstone for good, and I didn’t want to pass up the opportunity. 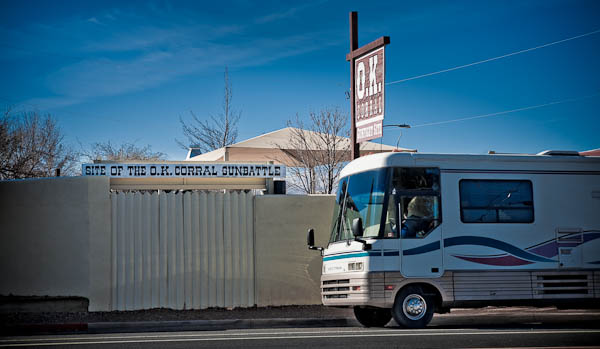 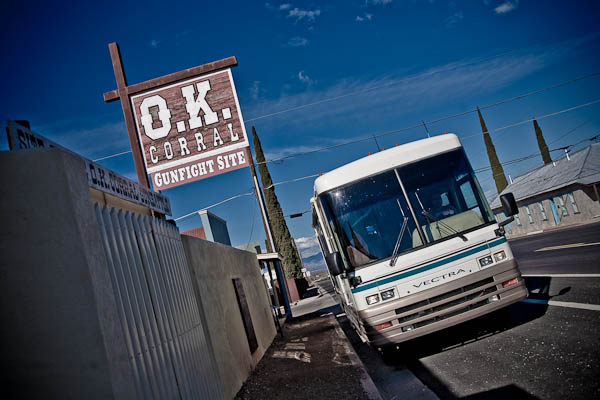 Turns out that next to the OK Corral was Tombstone City Hall. 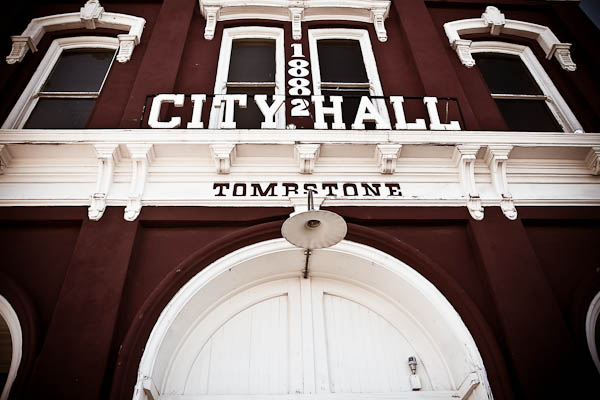 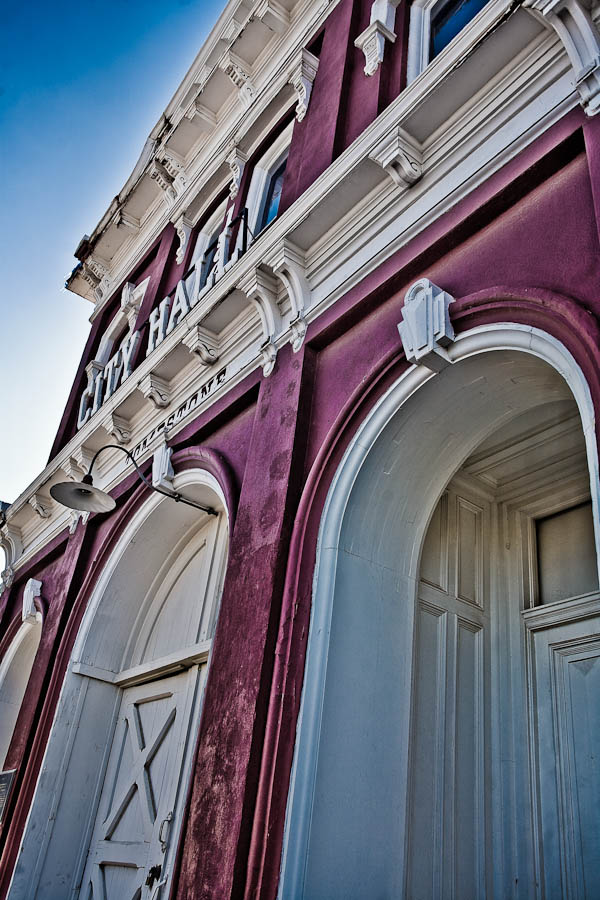 We made our way back through Benson, backtracking a bit before heading east. Just as we made the turn onto the ramp for the freeway, we saw a simple looking, clean shaven and dressed, elderly hitchhiker. We quickly sized him up and stopped to offer a ride. He was carrying a sign labeled “Lordsburg.”

Read our travel tip about picking up hitchhikers in the rv for more about our guest, Ken the traveling missionary.

His destination was Lordsburg New Mexico, so after dropping him off, got some fuel. We pulled in tight behind another vehicle so that the pumps would reach our tank. After topping up for $2.39 a gallon (our cheapest yet), we found out that the guy in the truck in front of us had locked his keys inside. We had to wait 30 minutes for the locksmith to arrive before we could move on. 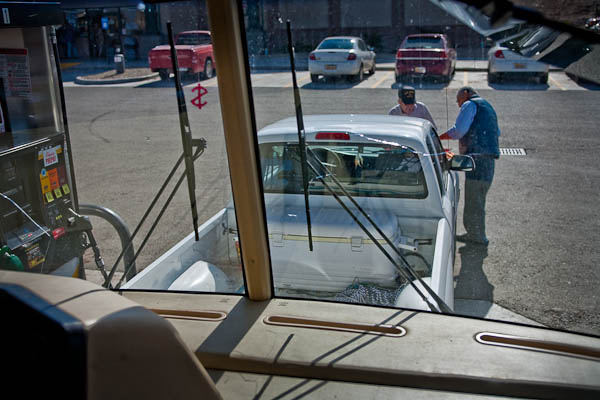 Next stop was Las Cruces where we made use of the clearly labeled Award Winning Rest Area. Dar spotted one huge roadrunner and went over to investigate. It’s over 15 feet tall and made completely out of garbage. Very odd. 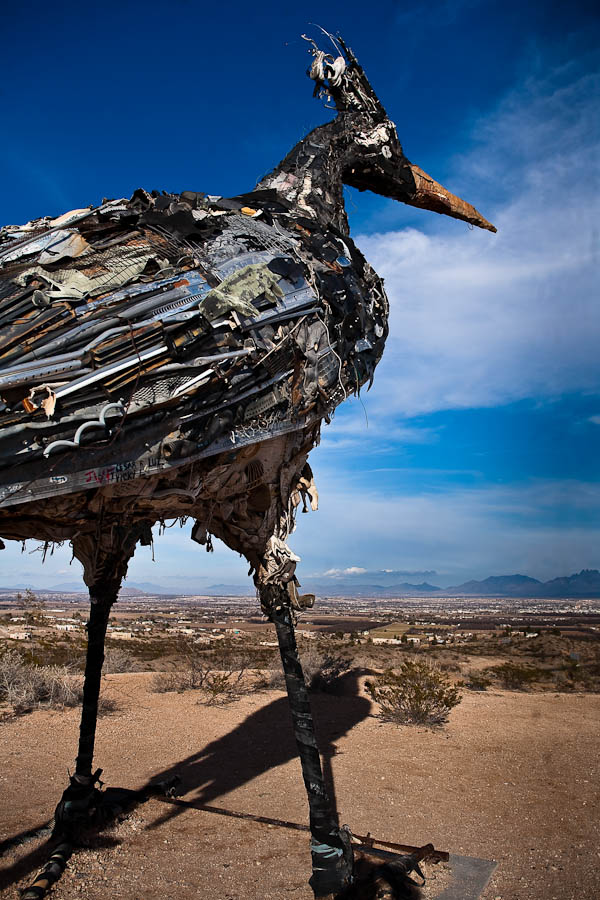 After a short rest, we took off again for Texas, a short ride from Las Cruces. As we drove along, we realized how close we were getting to the Mexico border. Just before crossing into Texas we began to see cows in factory farms back to back to back. We actually stopped talking and got a bit emotional.

After seeing so many cows out in the fields enjoying the sun and the grass beneath their feet on our trip through Montana and Idaho, these factory farms made us very sad. It’s the first we’d seen.

We crossed over into Texas and headed towards El Paso where we’d stop for diner. We wanted to eat close to the Mexico border, so pulled off the freeway and turned West. When roads started getting weird and buildings suspect, we changed our minds. Finally finding a little place in a mall where we could park, we stopped for a very inexpensive meal costing less than $10 for the two of us.

We left El Paso and headed towards Van Horn.

Darlene had three RV parks she wanted to check out in Van Horn, so we plugged them into the GPS and headed further into Texas.

As we pulled into the first RV Park in Van Horn, we heard the train. It was right across the street. After our experience in Tucson at Whispering Palms, we decided to continue looking. Finally finding a KOA further away from the train, but costing nearly $40 for the night, we pulled in. After 424 miles and 9 hours of driving, we were tired and just wanted to sleep, whatever the cost.