We were originally going to take a few days and drive our RV to South Padre Island (Brownsville) and park out on the beach, with a side trip to Mexico.  Time became a factor however, so when we learned a van full of people from Sea Breeze RV Park were doing a day trip, we decided to join them.  Mr. Ed was driving but only had room for one more in his van, so we took our car too and arranged to meet them all for lunch once we got there.

It’s about a 3-3.5 hour drive from Portland, TX to Nuevo Progreso, Mexico.  We were told not to go to Matamoros (on the other side from Brownsville) because it was too dangerous, but now we wonder if it really is, or was it just other people’s perception.  Consider the source we learned. (upon a Google search, Matamoros may indeed by unsafe and not recommended – but do your own research). 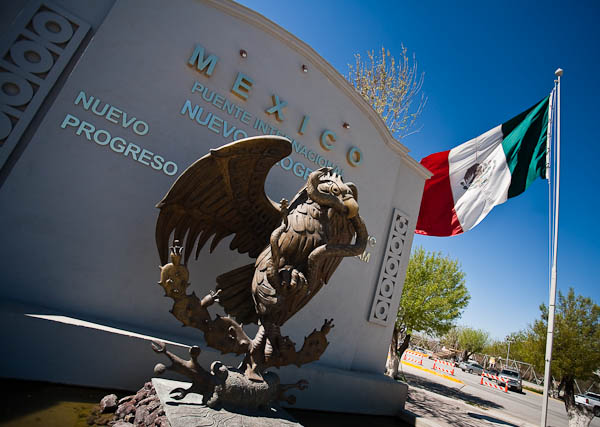 Border crossing into Mexico cost a quarter and there was no customs to go through really – a bit odd we thought.  Once you cross over, you’re hit with people trying to entice you to go to their pharmacy or dentist’s office.  Apparently those are the two main reasons Texans drive to Nuevo Progreso – to buy pills or get their teeth fixed at discount rates, a fraction the cost in the US.

Safe Food Does Not Come Cheap

The town isn’t much to see and our group usually eats at one of two “safe” places.  I had a margarita and held the table while Rob attempted to round up the rest of the group who had lost one person, then all scattered to go look for her.  The meal was okay, but I had to ask for hotter salsa and the two platters and two drinks we had cost us over $35US.  This is Mexico!   I was expecting maybe $10 for lunch including drinks.  We only brought about $180 cash with us (didn’t want to use credit cards for safety issues, and most it’s all street vendors anyway) so lunch took a big chunk of that. 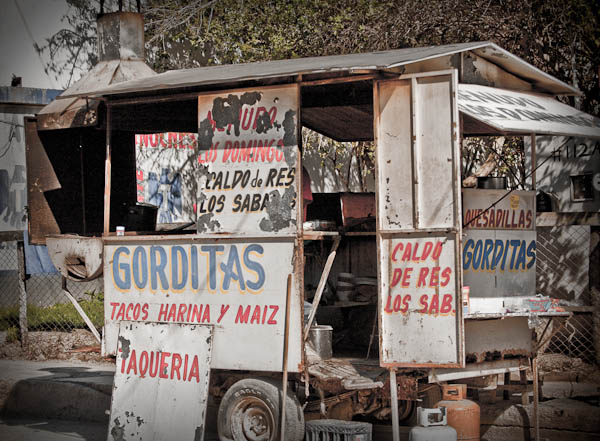 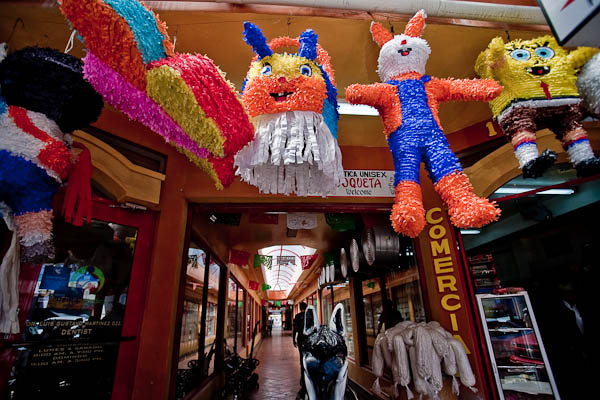 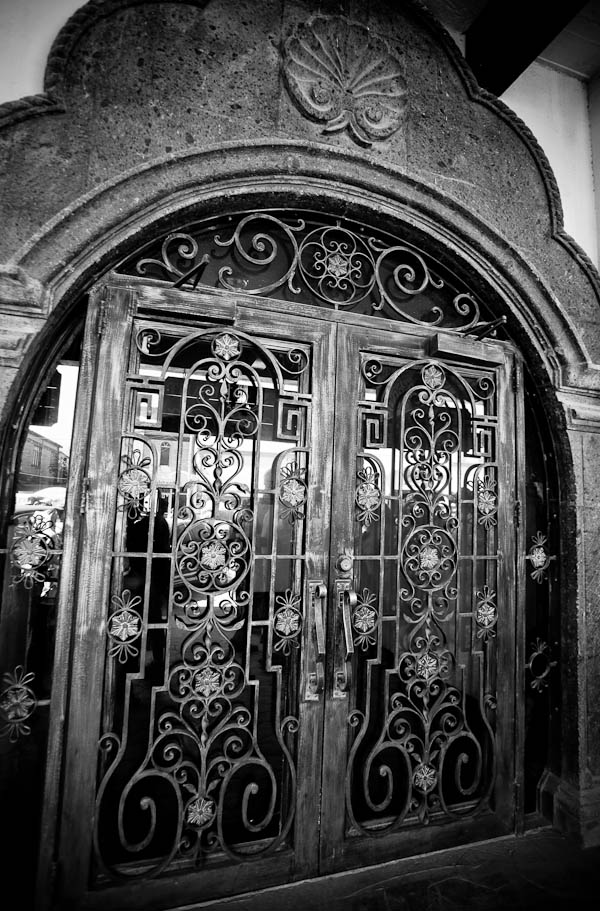 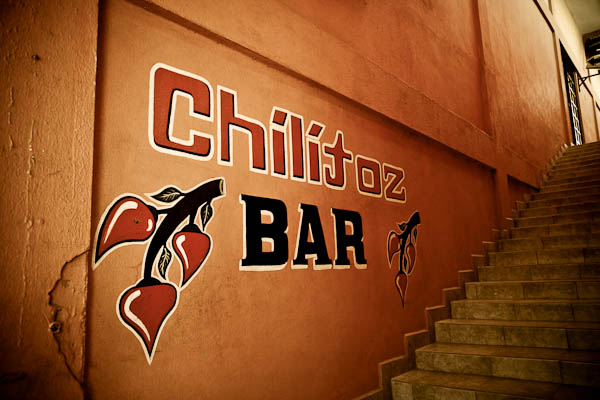 I bought a dolphin pendant and earrings and when the next stall over had the same thing for less money, I went back and asked for at least $2 back or a full refund and I’ll buy it from the other guy.  He had told me that his father made all his items and he was the only one that would have one like it.  Yeah right!  Believe nothing you hear and shop around is my advice.  I also bought a belt, a gift for my sister’s birthday, and a cool tin mirror for our dining room at home.  Rob bought a hat and a lime squeezer (it had a similar price issue – $5 on the street, $2 IN the store). 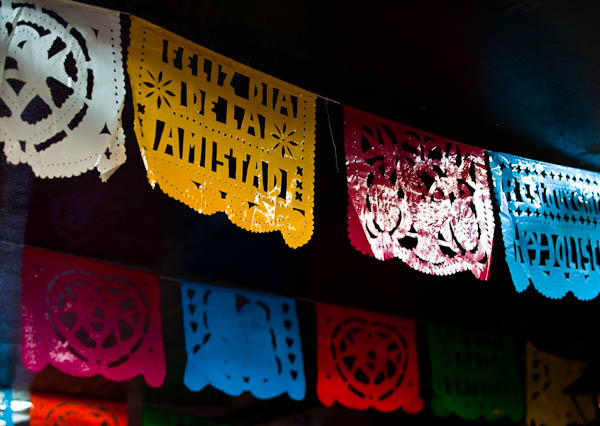 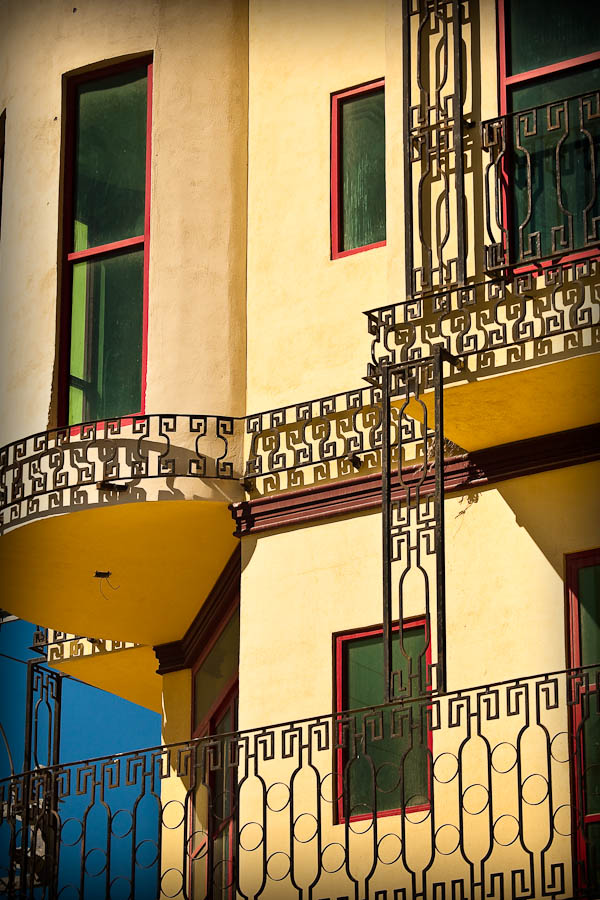 Remember I mentioned the group ate only at the “safe” places?   They only eat where they know for sure no one’s ever gotten sick, and they don’t stray off the main street or go further than the 3-4 blocks from the border where the vendors are all set up (it’s not safe either apparently).  Lastly they head out of town by about 4pm and most other visitors seem to follow suit as by 6pm the vendors were tearing down and the once packed and crowded streets were now empty. 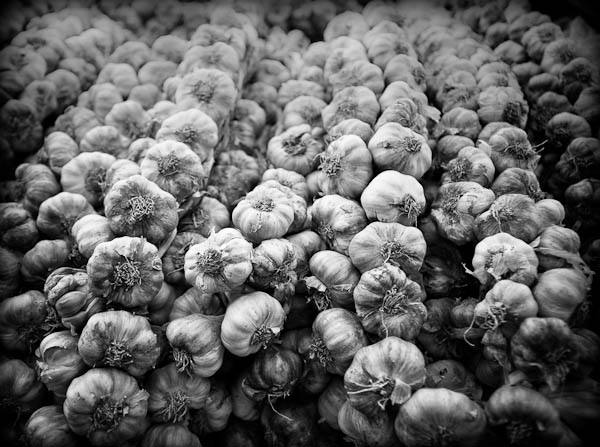 I was hungry so I bought a corn on the cob (with hot pepper sprinkled on it) from a street vendor cooking it on the corner.  Rob bought some honey that actually had bits of the honeycomb still in it – also from a street vendor.  Guess what – I ate the corn and it was delicious – AND I didn’t get sick or die!  The honey is also fab, BTW, no label, just honey.

So here’s where the story get interesting.  We were almost out of cash and wanted to stay and eat dinner so we walked back to the square by the border crossing, but the only ATM in town was not working (probably out of money).  We were told there is another one just on the other side, so Rob said he’d  walk over and back to get some cash.  I figured he’d be like 10 minutes.

Coming up on 30 minutes I was thinking about how to do this if he wasn’t allowed to come back in again.  We hadn’t thought of that, we had no way to communicate (he had not phone with him) and the sun was setting fast.  I did not want to be sitting there by myself after dark with my large expensive (=target) camera and backpack, not to mention we still had to pick up the mirror 2.5 blocks back into town.

I was just formulating a plan in my head of how I could rush back and get the mirror, then somehow get it and the 20 lb backpack across the border by myself, when finally Rob reappeared.  He ended up driving a few miles back to a gas station to get money.  You’d think they’d want to make it a little easier to get and spend money in this place!

So at about 6pm we were going back into town while all the other visitors were streaming out.  We’d had chips and salsa at a little restaurant, called Ay Jalisco, earlier and wanted to go back there to eat dinner.  We picked up the mirror on the way in case the store closed too. 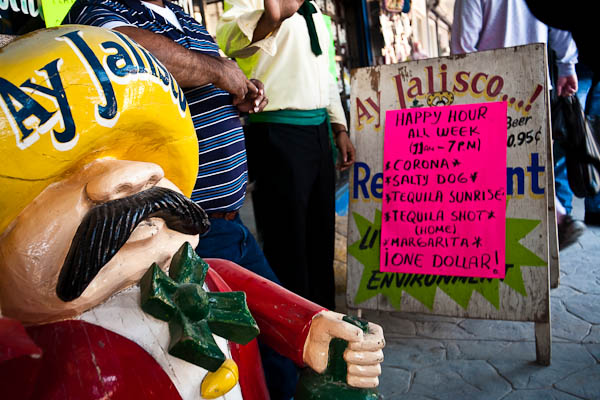 Ay Jalisco was great – all locals eating there now and a three man band played on the stage.  Dinner was less expensive than lunch and way more authentic Mexican food.  We’re in Mexico for crying out loud – should be the real thing everywhere.  I felt the other place we ate lunch at caters so much to the 70+ snow bird crowd that it is over Americanized for my tastes.  I prefer to eat there the locals do, where I can’t read the menu and just point at what the person next to you is having and say “quiero eso” meaning “I want that”.  Just avoid lettuce and anything washed with a skin on and you’ll be fine.  The travelers rule is:  boil it, peel it or leave it!

We left about 7:30pm or so and there wasn’t a single other Caucasian in sight by that time.  We walked the three blocks and crossed the border safely just fine – paying our quarter to get out again.  So our Nuevo Progreso experience was okay but I think knowing the sources now maybe next year we’ll see if the crime is down in Matamoros and take a chance there.  There more of a real town and not just one that sprang up to sell tourists dentistry and trinkets.

I thought I’d write a little side bar of my own personal tips for traveling in foreign or third world countries.

I’m sure that’s not all the travel tips for traveling in third world countries, but those are some of the rules I follow and I’ve never had any problems in any of the places I’ve visited including:  Peru, New York City, New Orleans (one of the most unsafe cities in the US), and Asia.

Our day trip to Nuevo Progresso Mexico was very low key. We had a couple of meals, one that we thought was overpriced but “safe” while the other was authentic Mexican and thoroughly enjoyed. Next time, we’ll go by ourselves, and to another town in Mexico. All in all, our border crossing into Mexico was a fun filled day.

Be safe and happy travels!