We wanted a chance to park the RV on the beach and do some beach camping on Padre Island, but since we didn’t take the RV south to Brownsville (and South Padre Island) we decided to drive it over to Port Aransas. Our mission was two fold, to get a photo of our RV on the beach, and to let Rob’s cat experience the ocean. We actually have a magazine article that we wrote being published in Good Sam “Highways” and they may use an image from this shoot so we wanted it to be spectacular.

Taking the RV to Port Aransas by Ferry

Getting to Port Aransas and Padre Island by RV requires taking a ferry or driving all the way through Corpus Christi and around from the south west. Taking Victor (what we’ve named our Winnebago Vectra RV) over on the little ferry was interesting.  It only holds about 20 cars and they put us in the middle of two lanes at the front in order to stay balanced.  Funny.

Parking the RV on the Beach

We got to Padre Island and found a solid packed spot on the sand for us to park our RV on the beach. With memories of the other RVer getting stuck in the mud back in San Antonio, we didn’t want to risk it.  Rob felt it was important that the cats got to experience the beach and the ocean.  He took Pumpkin out near the water in the sand and I brought Boo out a few minutes later.  They were none too happy about it and I wish I had video of Pumpkin backing up increasingly faster and faster as the water came towards her. (Rob here, um, we DO have video of that Dar)  Then she almost left with a nice lady that stopped to pet her.

Cats On The Beach

Rob placed Boo in the ocean in about 1/2″ of water.  She just sat there, motionless as the water came up to about 2″ and Rob had to go rescue her.  And NO it’s not animal cruelty or cat torture – they are THE biggest chick cats ever and so far their RVing experience has helped them to be more daring and relaxed when things change.  Now they will actually venture outside on their own, and not run and hide under the couch at even the sight of another person.  So they have grown and this was indeed another experience for them.  After the cats on the beach adventure, we got down to the business of getting the photos we came for.

The RV on the beach shots accomplished, we tried to find a spot near a marina to get some boats in the photo with the RV.  It was hard to find the right angle, decent lighting and access with a 34′ vehicle.  Not to mention by parking it in front of the boats – guess what – I can’t even see the boats, so it kinda defeats the purpose.

RV at the Marina 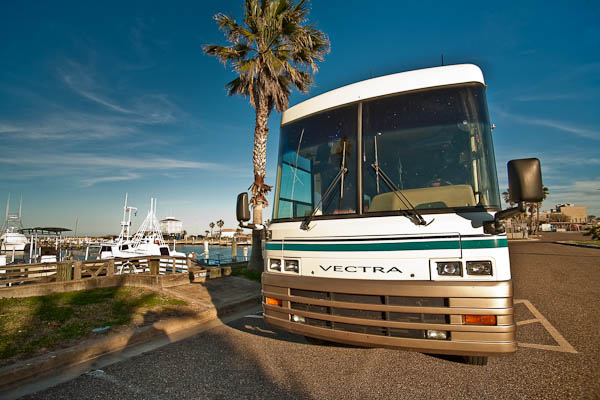 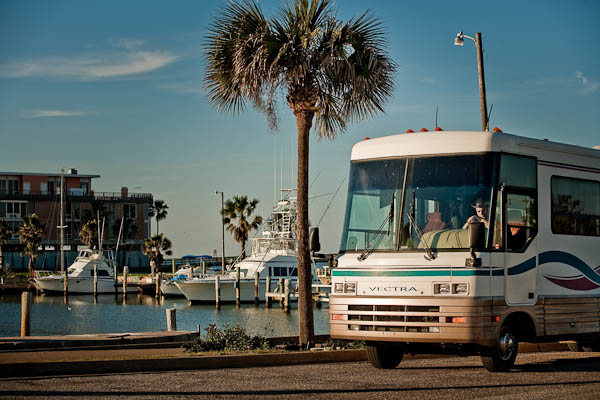 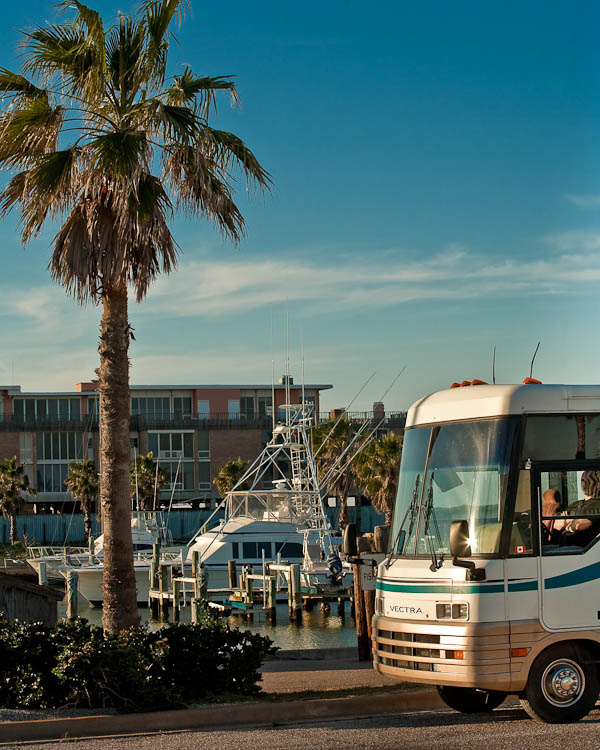 Around the corner from there we found some pelicans flying around and Rob even saw a dolphin out in front of a big freighter that was coming in.  We love pelicans – find them fascinating birds.  They’re so large but graceful and how they can fly just inches off the water is amazing. 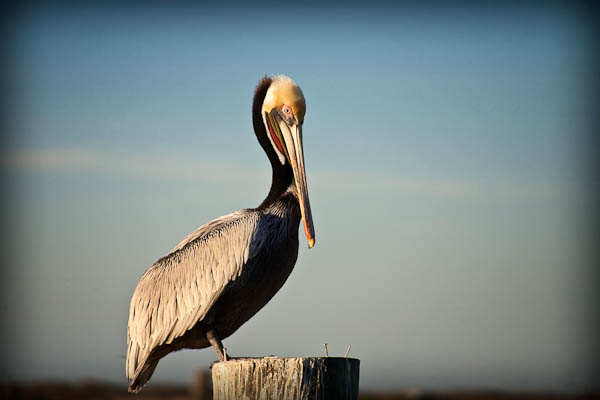 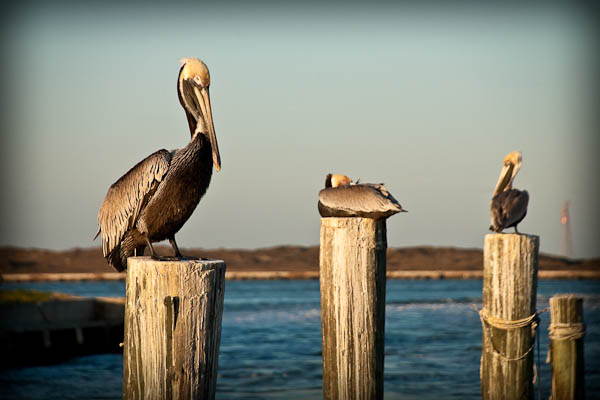 With the sun setting we headed for Virginia’s (the place with the piles of oyster shells out back that I didn’t get to eat last time cause we found it too late) for dinner.  Rob parked in the biggest lot we could find nearby and put a note in the window so people would know we were not planning on camping overnight there.  Rob found an online RV Journal that discusses RV unfriendly towns and made note of a few of them. Apparently some towns are not RV friendly at all and in Flagstaff, AZ they may ask you to leave even if you just stop and park to eat dinner.   So now I understand why he left the note. 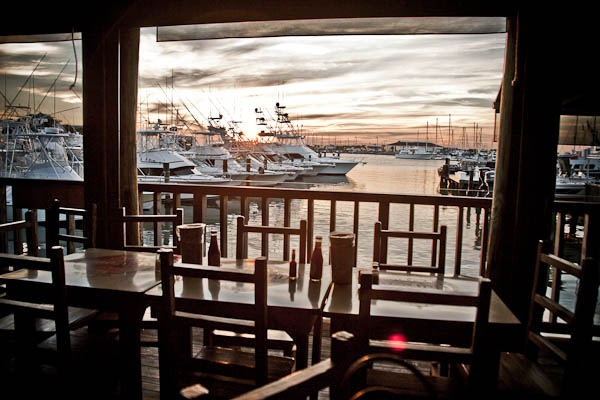 While the idea was originally to do some beach camping on Padre Island and then go to Mexico for the day (which we did do), we weren’t actually able to pull that one off this time around. We’d both love the opportunity for beach camping, to let go of the tethers, unhook from the sewage line and do what they call dry camping. To back away from the computer, put out the awning and read instead of type so much would be a wonderful experience. Because of our schedule and events as they unfolded, beach camping was simply not going to occur.

Parking the RV on the beach on Padre Island was not only a safe experience, it was great for the cats as well. Dinner was good with a great view of the sunset over the water.  A great day in paradise.