This is actually the second part of our time in San Antonio Texas, the first part is the second half of the Riverwalk.  Are you completely confused?

Instead of posting them in order, we decided to keep all the Riverwalk photos together, even thought we did it two different days.  This is the rest of what we saw on both of those days.

Rob’s comment: So here’s the thing. When we were at the Grand Canyon, Dar took some photos of deer alongside the roadway in front of the Bright Angel Lodge. A friend on Facebook, Dallas Huybregts asked if we had seen any Jackelopes yet and if maybe the deer were actually Jackelopes. I honestly wasn’t quite sure they were deer because of their big ears and I wondered if maybe they were Jackelopes. I’d only ever heard of them, never seen one. I googled it and found the answer. The deer were indeed NOT Jacekopes. Then, in San Antonio, we stumbled up on this one. 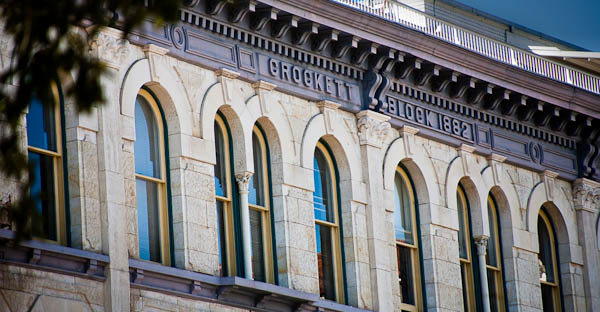 Crockett building – named after, you guessed it – Davey Crockett.  Did you know Davey Crockett fought at The Alamo?  Whether or not he was killed in the fight is actually unknown.   Some accounts say he was killed in the great battle, others say he was taken hostage by the Mexicans and executed.  No one knows for sure, but at least he’s got a building named in his honor. 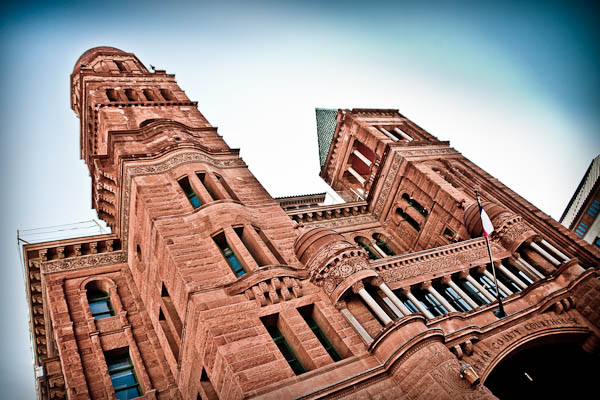 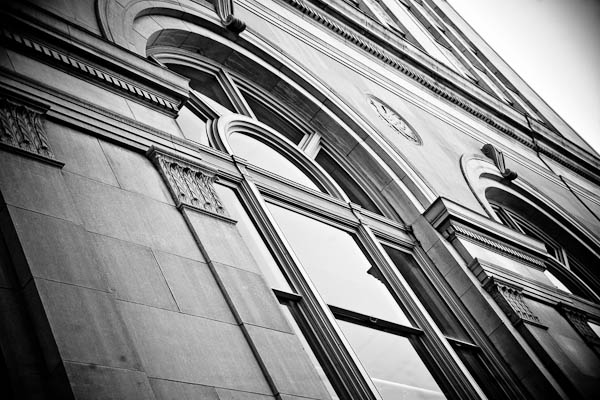 This is the historic Fairmount Hotel that in April 1985 went into the Guinness World Record books as the largest structure ever moved on wheels.   We HAD to go see it with our own eyes to believe it.  Sure enough, in the basement they’ve got newspaper clippings and stories about the move and the controversy surrounding it all.  You can read more about this on the Fairmount’s web site. 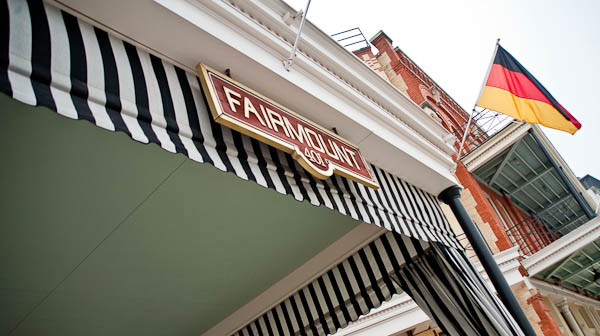 Take a look at my shot above, then look at the “Quick facts” page on their web site.   See a similarity?   Funny, hey?!

Besides being famous for moving down the street, the hotel also has a famous concierge – Luke Tips.  He’s had stories written about him and is always there to greet guests with a tail wag and he’ll gladly accept a tummy rub.

We didn’t see any of the rooms but it seems pretty opulent and very high class.  A very nice place to stay if you ever visit this fair city. 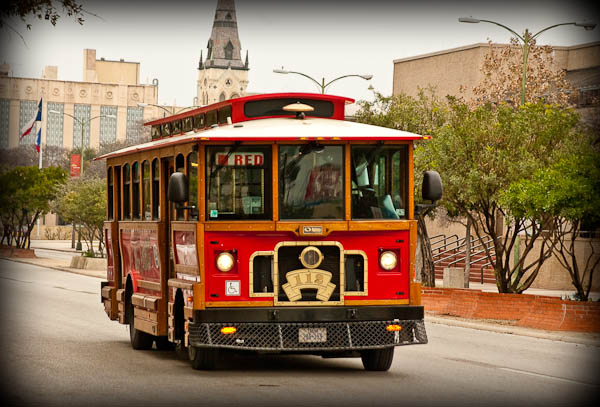 The RED trolley, we took these all over the downtown area. $4 for an all day pass, off and on and we found parking that was FREE with purchase of a trolley pass.  If you want to find it, the parking lot is on the other side of the freeway from downtown – park over by the Park and Ride station, you should be able to find that on a map.  Otherwise parking downtown is $10 a day or more.   We know cause we paid that much the first day, took the trolley all the way around, and noticed the park and ride station and sign while we waited for the trolley to continue.

San Antonio has several old theaters, we managed to see 2 or 3 of them.  Not much to see in the day and with vehicles parked on the street in front of them, hard to get a good shot.  Here’s a few of the Majestic theater in downtown San Antonio. 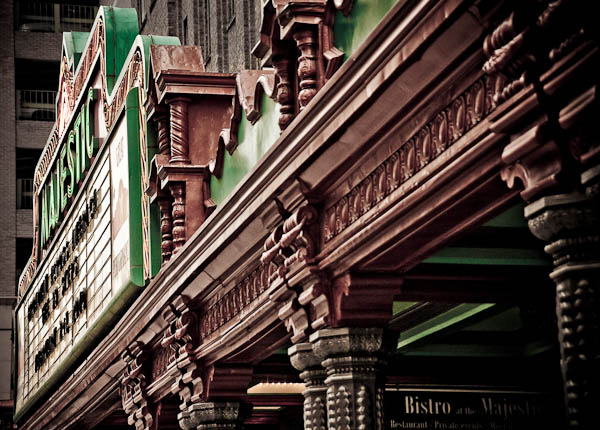 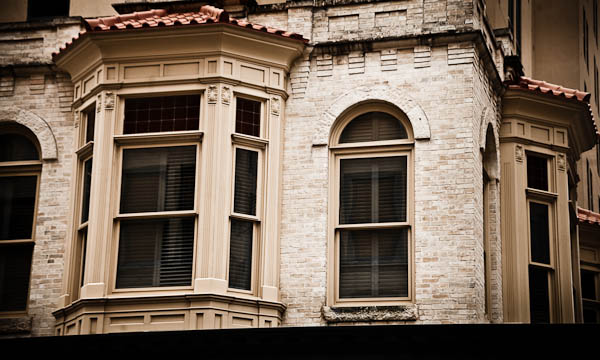 Lots of neat architecture and old buildings in San Antonio.  WARNING:  In fact, if you don’t like old things, I’d suggest you not come to Texas at all.  There are lots of old things here!   Right Glennis?!  😉 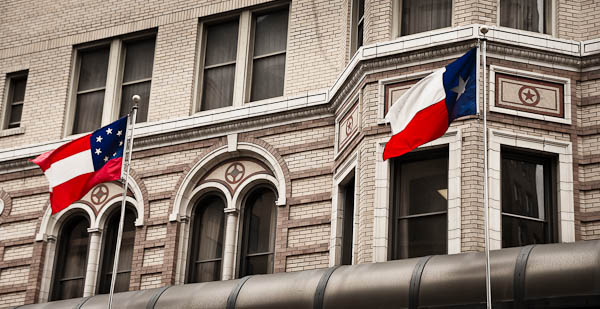 I had to do some research on the flag shown above on the left.  The right one of course is the Texas flag.  Never before in any state, have I seen so many state flags flying – many times instead of the national flag!  I discovered the other one is an old Confederate flag, before they redesigned it as the Navy Jack.   I don’t remember seeing the American flag on this building as well – it might have been though. Interesting! 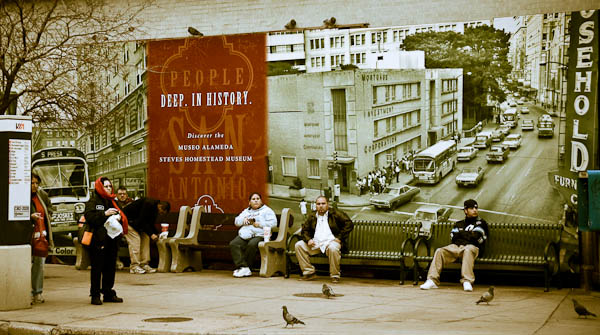 I just thought this scene above was humorous with the photo of the old city and the people waiting for the bus.  Did you know that Texas ranks the highest for obesity rates in the country!?   After seeing how everyone here eats, it’s no wonder.  LOTS of fried foods!