Home » Blog » New Orleans » Day 91 New Orleans Plantations
Our first day in New Orleans started off a bit slow as Rob had to make some phone calls to get the RV in for some servicing.  If he got an appointment right away we’d have packed up and gone to get that done ASAP.  As it turns out, he ended up making an appointment for Kissimmee, FL so he could go handle the repairs while I was at Photoshop World.  So, after that was out of the way, we decided to drive out and see a few of the plantations on River Road and then try to make it back to catch the last free shuttle to the french quarter at 6:45.   Ponchartrain Landing RV Park offers free shuttle trips three times daily into the Quarter and back, as parking can be an issue there.  If drinking is a factor it’s only a $20 taxi ride back to the park (taxi and park fees were still much less than the higher prices RV park right next to the Quarter and MUCH safer).

Armed with a map of Plantation Row, I had researched which ones I thought we’d want to see.  First up was St. Joseph Plantation, which I picked because it was advertised as being run by the same family that purchased it almost 150 years ago, and is an actual operating sugar cane plantation to this day.  That seemed intriguing.
It took us almost an hour to get there and $15 each to get a tour – ouch!   That was the beginning of learning that everything in New Orleans is costly!  While we were touring the outside areas some other people inquired about just wandering around outside and taking photos of the grounds and they were told they’d have to pay $5 each, so they left.

We were the only ones on the tour and we which we led by an older lady (not a family member though).  She carefully recited her speech on the stories of the house, but if we interrupted to ask a question she got a bit flustered and had to start that room all over again as she’d memorized it, or so we figured.

The tour and grounds were okay and mildly interesting but the plantation itself was still being restored and wasn’t in all the great a shape.  They didn’t have a lot of furniture, it was pretty simple.  Not what I would have though of when you say “plantation”. 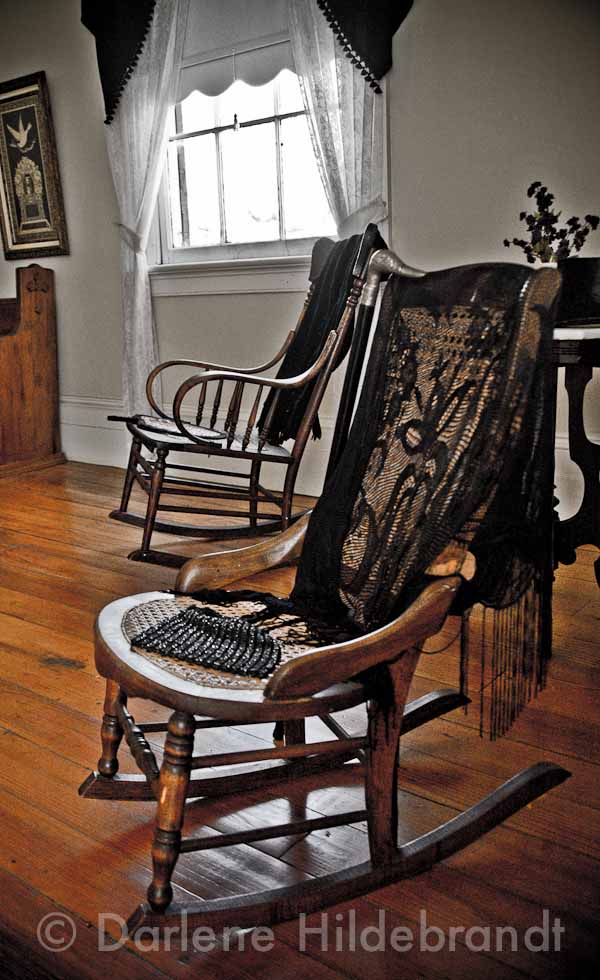 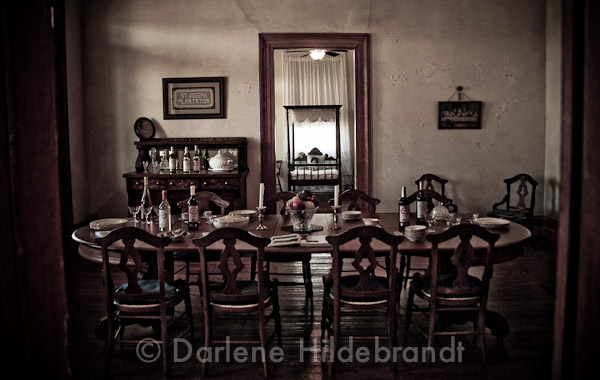 We did learn that the kitchens in those days were outside the main house in a separate building.  That was mostly because the stoves were wood burning and fires were very common, so to keep the house safer the kitchens were separated.

I took a few photos of the outside, the grounds, and the slave cabin.  Every plantation seems to advertise their slave cabins as “the most authentic” or “in the original locations”, etc, in the area.  More on this later but I wondered how different they could be at this point.  They all looked pretty much the same – a plain wooden two room shack, that housed entire families of up to 5-7 people.   It’s bizarre to see how much disparity there was between the plantation homes and how the owners lived and how the slaves were forced to live.   I often wondered how people that owned plantations now, felt about their sordid pasts – more on this later too.

Our next scheduled stop was Laura Plantation.  It proudly advertised that it was named “Best History Tour in the United States” by Lonely Planet Travel and was awarded the title of “Top Travel Attraction” by the Louisiana Office of Tourism.  I was starting to think they make up awards just to sound good and draw a crowd.  This one however, was way more impressive than the first one.

We paid another $30 to join a tour with about 20 other people, being busy was a good sign we thought.  We were quite impressed with the information, the stories and the actual house at Laura Plantation (so named after the last actual lady to run it). 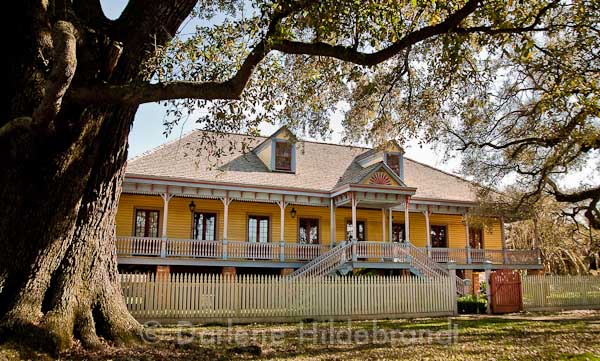 They use figures on boards to represent the characters in its history going back 3 generations.  Inside the house were many photographs of Laura, her parents, her grandmother and the rest of the family.  This was a Creole plantation and as such was colorfully painted, compared to those of their European neighbors which were typically white with large Greek style columns.  We learned that Creole families did not wish to show their wealth at their plantation homes because their business partners and buyers would think they were making too much money and that their prices were too high.  They chose instead to furnish them simply and have second homes in New Orleans in the French Quarter or Garden District which were much more opulent. 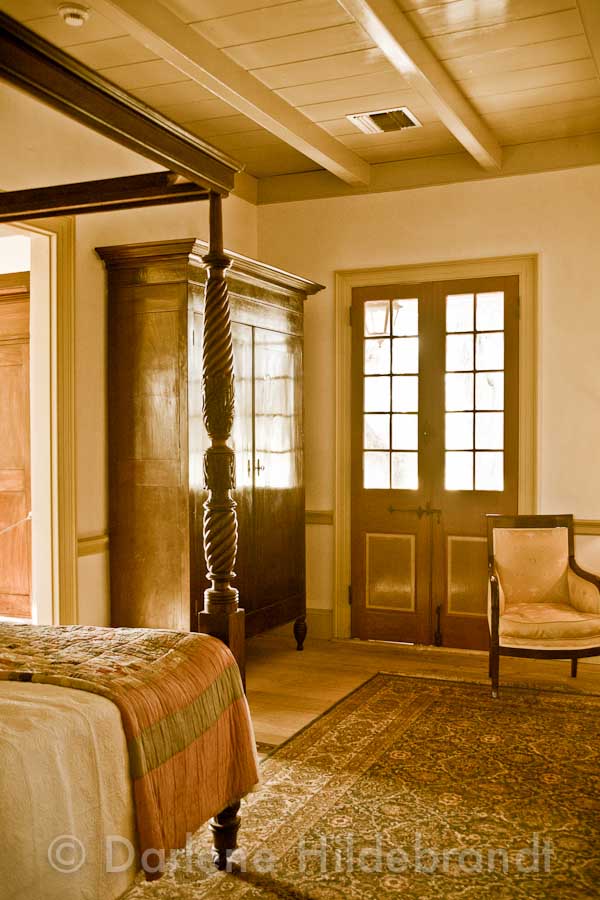 The tour covered three generations of this family, starting with the grandmother (who we learned ruled with an iron fist), Laura’s mother and finally an unwilling Laura (who didn’t want any part of the plantation and had actually left but inherited it and got stuck running it).  The homes along the river were built with living quarters on the second floor and pantries and dining room on the ground floor.   (this was due to the river flooding it banks often enough to become an issue, until the put in the levee years later).  This family also had a heavily fortified wine cellar as the grandmothers husband had come from Italy where his family were wine makers.  The family then brought the first wine to this region and sold it from their cellar (notice the bottles in the photo above with the female figure). 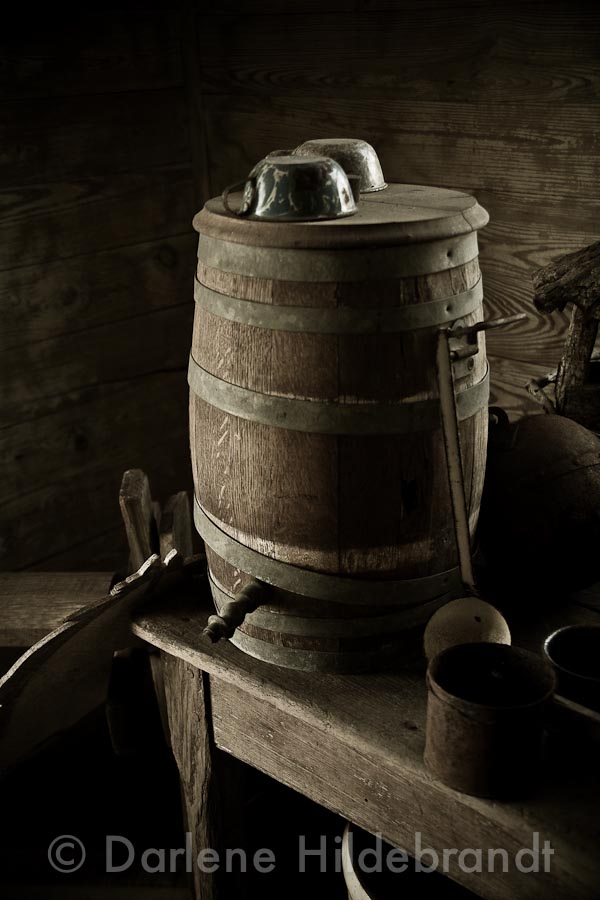 During this tour I started up a conversation with an African American man.  I was curious what he thought of the history of the plantations regarding slavery.   His first answer when we stared was something like “I’m curious myself, that’s why I’m here”.   Then once we got to the slave cabins, I asked him again and he had a very different answer.  He felt very odd there and that if it had been him forced to endure what they did he couldn’t have done it.   I pointed out that if his ancestors had felt the same he wouldn’t be here today.  It definitely makes one think about life and how can one human being treat another the way those people were treated?   But the sad reality was that it wasn’t just one person doing it – it was many.  Another sad thing is that racial discrimination and hate still abound in the world today and we’re no closer to eradicating it.  I urge you to visit places like this – stand in a slave cabin and look up at the big house and wonder – could you have done it?   What will you to do today to help stop hatred?

He was so impressed with the stories of Laura that Rob bought the book created from the papers and memoirs she left behind.  We rushed out after the tour as it was almost 6pm and we wanted to make that shuttle bus in less than an hour (remember it took us an hour to get here?).   We hit some traffic (I have to interject and say that Louisiana roads are absolutely some of the worst we drove on in the whole country) and got back to the RV park just to see the shuttle pass us on the driveway as we were heading in, and it was already heading out.  Damn!  Time for plan B.

We now had to drive ourselves in to the Quarter so one of us was now going to have to be the DD.  We got the Quarter (only a 10-12 minute drive) and parked at Harrah’s casino.   I knew where is was on the edge of the quarter and I knew there was parking – so we just did that and started walking.  We had no plan other than I wanted to go eat at “Mothers of new Orleans” (advertised “best baked ham” and last time I was there they had absolutely THE best sweet potato pie!) and wander the area and Bourbon street a bit for our first night.   We waited in line outside Mother’s, then again inside until our order was taken at the front and we were allowed to get a table (you can’t go take one until you’ve ordered).   I remembered the sandwiches being better, but the pie was still great!

Of the many New Orleans French Quarter restaurants, Mothers ranks up at the top for both authentic Louisiana cooking, as well as an old local favorite. Make sure you check it out. 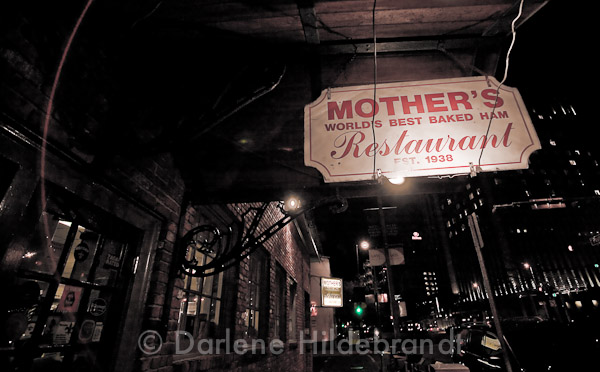 The rest of the evening we did just wander.  It was Rob’s first taste of New Orleans so I wanted to give him a broad feel and we’d come back and do the things we wanted specifically another day.  We did see the famous tossing of beads by men (and women I might add) from  balconies on Bourbon Street as they yelled to young women below “show us your tits”, to which many of the women did oblige.   I must admit that on my first visit to Crescent City (New Orleans) I myself did indeed participate in the aforementioned behavior and received my fair share of beads.  I was however much more intoxicated on Hurricanes from Pat O’Briens and this time around I wasn’t feeling it.    If I recall correctly I even drove home that night. 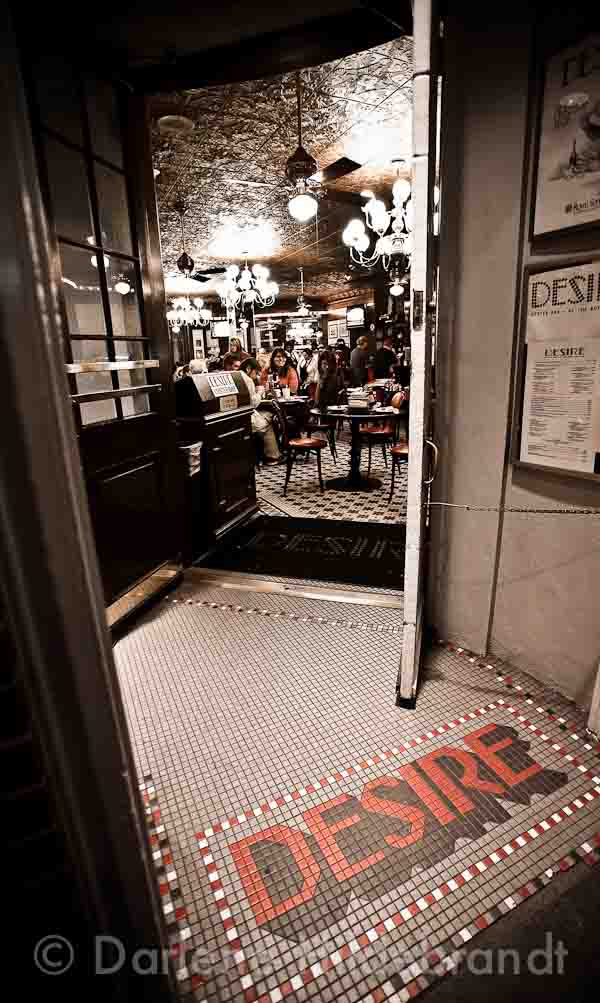 Anyway, after touring two New Orleans plantations, eating at Mothers and walking through Bourbon Street, our first day was done. We headed back to our RV Park and prepared to do it all again the next day.  Our plan is to spent a total of six days in New Orleans, two of which we’ll catch up on some work, a blog post, etc – yeah that probably wont happen!