The Apache Trail, so named for the Apache’s that helped build it, is just east of Phoenix towards the Superstition Mountains.  The mountains are volcanic creations, many 1000s of years old, with many peaks and valleys and canyons in the area.  For us, from Goodyear, it was about an hour and a half drive to get there.   Perfect for a day trip, or two day trips – so we thought.  More on that later. The Apache Trail is officially known as Route 88 and runs eastward from Apache Junction through Tortilla Flat and on to Roosevelt Dam where it meets up with Route 188.

The Apache Trail is rich in history from the old west, a rugged time and characters to go with it.  Many famous people have visited here and we can see why.  The scenery was stunning, rivaling even that of Sedona.  There’s a few must see things and we started with the Superstition Mountain Museum.

We paid the $5 each to go inside the museum and read about some of the history of the area, but if you visit here – just do a walk around outside on the grounds for free, and you’ll learn and see just as much and save $5.

The Elvis Chapel was our first thing to see at the museum.  It is one of only two remaining buildings left from the Apache Movieland set which has all but burned to the ground and closed.  The chapel and the barn are all that’s left of the sets which were made famous in many a western movie, and they’ve been moved here to the museum site.  The chapel really isn’t much to see, except Elvis made a movie on the set so they named it after him.  We had to go in the chapel first, as a real wedding was about to take place in 15 minutes. 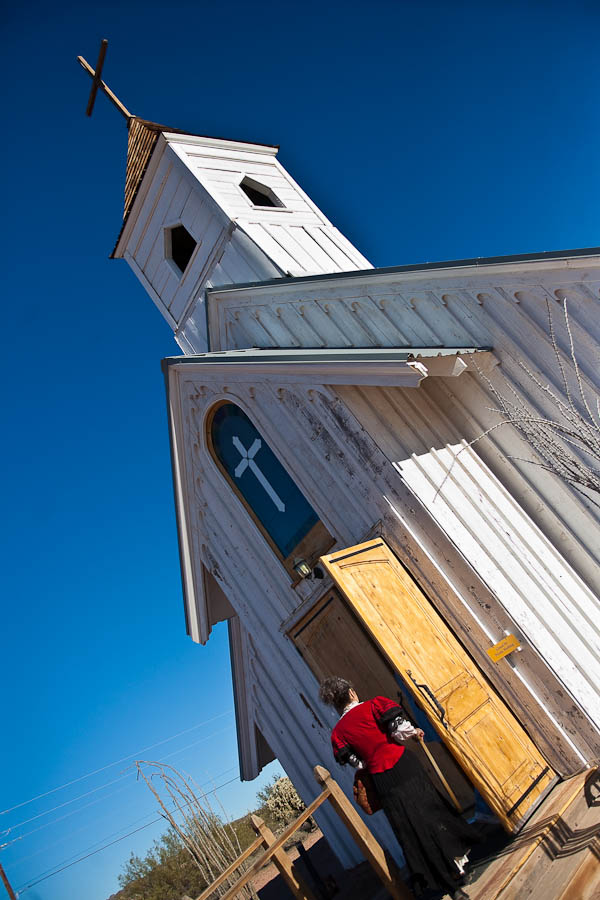 Next was the barn which houses a stage coach, saloon set, interior of a house set, and a dress up photo studio where you can put on vintage looking clothes and have your portrait done IN the old west.   I talked to the lady that does the photography, and she only charges $29 per group, not even per person!   Hard to charge much for people doing it on a whim, but might make a great niche market for portraits on a higher end scale, perhaps?   Marketed the right way and having the clients come there just for the photo shoot.  Hmm . . . 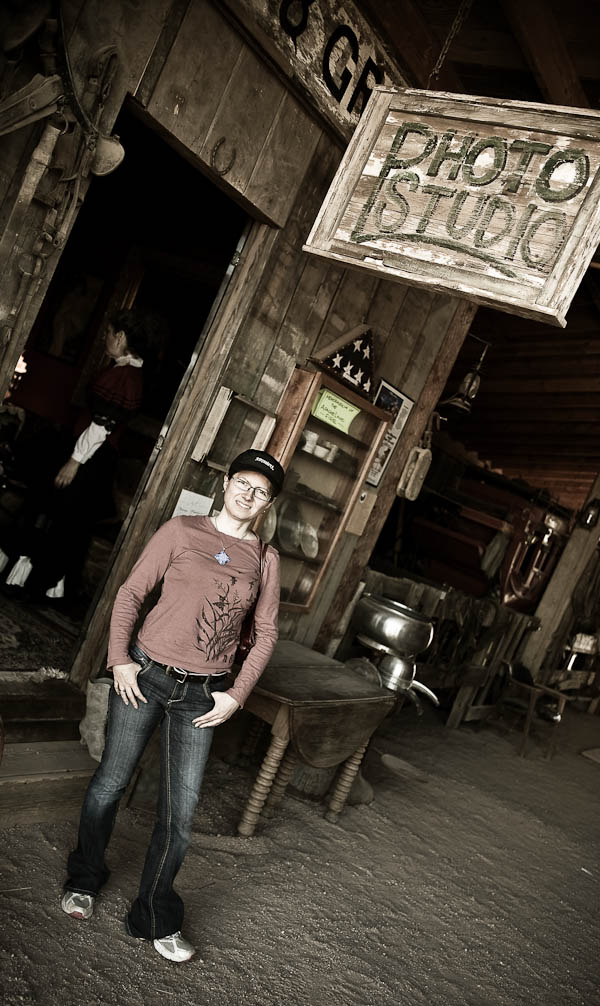 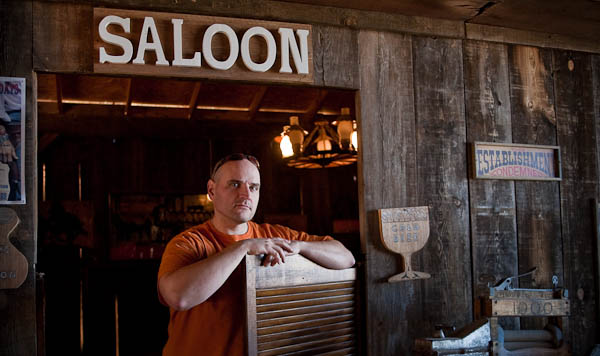 We saw photos and boot prints of many of the actors that graced the sets of Movieland as well, including Jamie Farr, Victoria Principal, Kenny Rogers, Elvis and many more.

Out behind the barn was one of the few stamping machines left from the gold rush days.  It was found and moved to this location by truck in pieces and reassembled.  We thought it was for stamping imprints into gold bars or coins, but as we learned inside the museum (okay maybe it was worth the $5) they put the raw rock into it and the “stamps” (which are several 1000 pounds each) crush the rocks into a powder.  The gold and silver then stick to the mercury on the conveyor belt so it separates them out.  The flywheel that turns the whole unit is over 12,000 pounds!   The men that worked these machines had to wear ear plugs made of bees wax, or risk deafness – and many lost literally life and limb under the giant stamps. 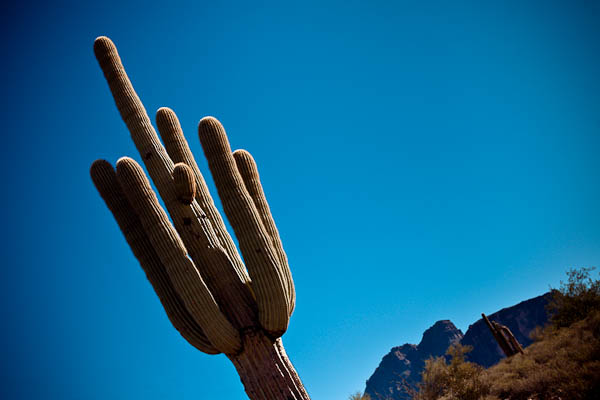 We did also learn about the Lost Dutchman gold mine.  Nobody knows where it is located.  There are several treasure maps to find it, but no one has been successful and there are many legends around it and how it was lost.

Leaving the superstition mountain museum, the next stop along the historic Route 88 was Goldfield Ghost town.